The Tools for Getting Stuff Done 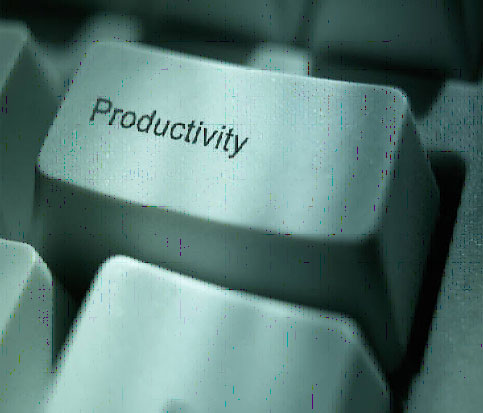 I wrote a post last week called “The 3 Step Plan to Owning Your Task List”, in which I talked a bit about the few productivity principles that have become critical in my life as a student. I’ve read a number of productivity books, and enjoyed many of them, but it’s always boiled down to the three points I mention in the post.

This time, I’m going to show you a bit of my brain, and detail my essential productivity system. The three step process is what I work by,  and I’ve ironed each down a bit more.

Here’s how I, a college student, keep my brain and life in order.

1. Write EVERYTHING down, in the same place. My “ubiquitous capture tool”, as it’s referred to in GTD circles, is Evernote.  Evernote is a web, desktop, iPhone, and cell phone-based system for taking notes of any kind. You can clip screenshots, take pictures, record voice notes. Add them to notebooks, add tags, search through everything (including the text of pictures- HUGE for things like business cards), and access it all from one place.

The reason I use it, though, is that I can access it from anywhere. I like the web-based client the best, so I use it when I can. There’s a desktop client for offline use. There’s an iPhone client (or iPod Touch, in my case) that finally offers offline storage, as well as a Windows Mobile client (for my phone), which lets me upload text notes, voice notes, and snapshots. I can send emails to Evernote if I need to, and I have yet to run into a situation where I can’t send something to Evernote. Even if I’m out of cell service, I can add a note and it uploads when I get back to civilization.

Anything that comes into my head goes straight into Evernote. Quotes to remember, grocery lists, “do laundry” reminders- everything.

2. Schedule like mad, and stick to it. I would fall apart without my calendar accessible to me at all times. Once again, the biggest requirement I have for a calendar is that it be accessible anywhere I am. This time, Google Calendar‘s the big winner for me, for two reasons.

1. It’s the easiest to use: Creating an event is easier here than with any other app I’ve found. Especially now that there’s a Gmail gadget (I use Gmail exclusively for email), I can add events right from my email. It recognizes things like “lunch with Tom tomorrow at 1″ as it should, and makes adding, editing, and reviewing my calendar incredibly easy.

2. It plays nicely with the other things I use: I mentioned the Gmail gadget, which is huge. There’s also an iGoogle gadget (my homepage), a way to sync to my iTouch and my phone (called NuevaSync- it’s awesome), and great web interfaces on all platforms. Whether I’m on my phone, my iPod, or my computer, I can use Google Calendar easily and smoothly. If I don’t like using a program, I don’t- Google seems to know that, and creates fantastic user experiences.

3. Review, review, review. Over the last 6 months, I’ve become a Remember the Milk evangelist- mostly because it’s the greatest thing that has ever happened to task lists since… ever.

Okay, that was 14. I get excited. To sum it up, RTM makes inputting tasks incredibly easy, organizing them obvious, intuitive and simple, and lets you actually get stuff done instead of always tweaking the system (but you can tweak the system all you want). For more information, there’s a post on my own blog that talks about more reasons I’m sold on RTM.

Everyone’s got their own productivity system, but this is the one that’s worked for me. Everything goes into Evernote, and then a couple times a day I dump things into either RTM or GCal, and then I’m able to start doing work, checking stuff off, and getting stuff done.

What’s your system for getting stuff done? What applications do you use? Are they better than mine? Let us know in the comments.