The Benefits of Using a Netbook in the Classroom 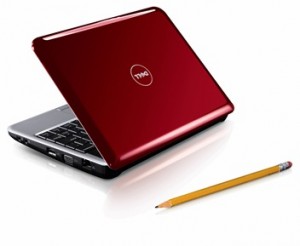 Even after the explosive growth of netbooks in 2008, it seems that these ultra-compact and inexpensive laptops have failed to penetrate the student market. Instead, most students with computers stick to an Apple MacBook or a Windows-based computer from one of the big manufacturers (Dell, Sony, HP) or go to class with no laptop at all. You rarely see a student using a netbook. Despite their underuse in the classroom, netbooks, which we will define as laptops with less than a 10” screen, under $500 and ultra-compact, do an excellent job at filling the gap between laptops and mobile devices. Here’s why:

It’s light-weight. One of the reasons many students refrain from using laptops in the classroom is that they are heavy to lug around. Students are often required to carry at least one bag containing several large and heavy textbooks, stationery equipment and other such items. Laptops tend to be quite bulky and heavy, with a typical 15-inch model weighing around 5 Kg. Even the relatively skinny 15-inch MacBook Pro by Apple weighs in at 2.5 Kg. Netbooks tend to be significantly smaller and noticeably lighter, with the Fujitsu Lifebook P3110 offering a screen size of 11.6 inches and a weight of just 1.6 Kg. In further illustration of the point, the popular Toshiba Satellite T130 boasts a screen size of 13.3 inches but weighs a mere 1.76 Kg – a feather compared to some textbooks. Light-weight laptops such as these illicit a pack-it and forget-it attitude that leaves you always equipped to take notes without being concious of lugging around a heavy laptop.

They are super compact. Pulling out a full 15-inch or 17-inch laptop computer inside a crowed lecture hall on those small pull-out desks may be awkward, but you can easily whip out your netbook and take notes with it resting on your leg, without annoying students next to you.

They do what they do, and they do it well. While most laptops boast their flexibility to many uses, such as gaming, media, office work, etc, netbooks specialize in office tasks, such as email, word processing, powerpoint presentations, excel, and internet browsing. Pretty much everything a student needs in the classroom. By designing a computer specifically for these tasks, you get a very cheap device (usually under $500) that does it’s job exceedingly well. Netbooks also have excellent battery life, with some models having upwards of 10 hours of battery life on a single charge.

Digital note-taking without the hassle of a laptop. Another important reason why netbooks are useful for classrooms is that many students no longer write a great deal with the pen. Essays, projects and dissertations are almost always typed up on computers, whilst examiners are becoming more open to the possibility of allowing students to complete exams on netbooks and other such devices. In a world dominated by computers, reverting to the humble pen to take notes and complete work can prove a significant drawback for many students. Digital note are simply more versatile, offering students the ability to maniuplate their notes digitally when studying for exams, etc. Friend slept through a lecture? Email her your notes with three clicks. Netbooks let students reap the benefits of digital note-taking without the hassle of lugging around a large, clunky laptop.

Distraction-free note-taking. Partially a element of #3 above, I think this deserves it’s own point. With a netbook, you can take notes in class without many online distractions such as Facebook or video games. Sure, you could go on Facebook or play a video game, but it would not be a pleasing experience on such a small screen, when you could just check Facebook later on your computer at home. Don’t be distressed at a poor gaming experience on your netbook, you did not pay for a gaming machine. Contrast this to someone bringing in their $2000 MacBook into class, where note-taking is constantly competing with a variety of other computing tasks such as organizing their pictures, visiting YouTube, etc, that have no place in the classroom.

In summary, the netbook is a compact, lightweight and versatile machine that is perfectly suited to the rigours of everyday use in colleges and universities. Students who use netbooks can avail of various programs, including Microsoft Word, Microsoft OneNote, OpenOffice and Adobe Photoshop, on various operating systems to complete their work quickly and efficiently. Netbooks may not be quite as powerful as some of the largest laptops, but they are ideal for the average student who moves around a lot and requires a long-lasting and high-performing computer.