A Korean-American professor filed a lawsuit against the University of Illinois at Chicago last week, claiming that officials in his department “systematically harassed” him because of his ethnicity and forced him to teach a math class because he was Asian.

Seung-Whan Choi, a professor of international relations, says that UIC’s political science department denied him fair raises, according to a lawsuit filed last week and obtained by The Huffington Posttreated him unfairly and forced him to teach classes that he wasn’t qualified to teach.

“They don’t like Korean-Americans,” Choi, a retired Army officer who was born in South Korea, told The Chicago Tribune. “I’m supposed to be very submissive to the department head, who is white-American.” 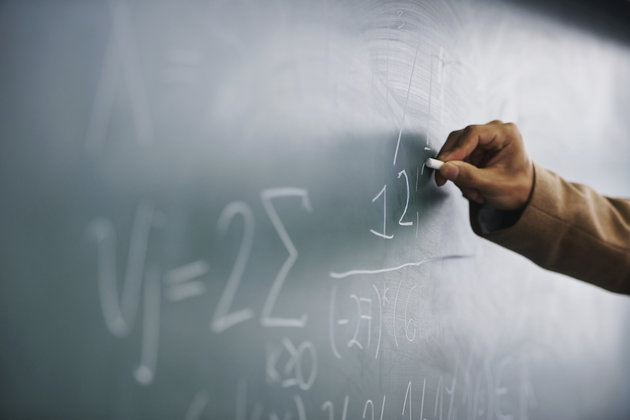 The lawsuit claims that department officials forced Choi to teach a statistics class because, as it quotes one department head as saying, “Asians, especially Koreans, are very good” at math. Similarly, Choi claims that the department pressured him into teaching a class in Korean politics, even though he has had no formal training in that field of study.

The lawsuit also claims that Dennis Judd, who was head of the political science department in 2015, changed one of Choi’s student’s grades without first telling Choi. When confronted about the grade change, the lawsuit says, Judd told Choi that, “as a foreigner,” he “has to keep in mind who he is dealing with and what he is wishing for” and that Koreans “are stubborn and do not understand American culture of compromise.”

The professor also claims that his colleagues have wrongfully accused him of lacking in academic contributions, though a copy of Choi’s curriculum vitae posted on UIC’s website shows that Choi authored two books in 2016 and has had 35 scholarly articles published.

Choi believes that some of the mistreatment stems from his decision to file a complaint with the Equal Employment Opportunity Commission in 2010, after he was fired for an undisclosed reason. As a result of Choi’s 2010 complaint, the university settled with the professor through a mediator and reinstated Choi with a promotion in 2011.

The lawsuit says that Choi’s colleagues resented him and retaliated by isolating Choi from the rest of the department and treating him unfairly.

The professor filed a second complaint with the EEOC in October 2016, accusing the department of relatiation and continued discrimination, according to court documents obtained by HuffPost. Days later, Choi received a “right to sue” notice.

“It’s frustrating and sometimes I just don’t want to go to work because of … the bad and dirty politics within the department,” Choi told the Tribune.

UIC’s department of political science did not immediately return The Huffington Post’s request for comment.